Implementation of Prevention and Therapy of STIs (including HIV and HBV infections) for Undocumented Migrants in Europe: New Challenges 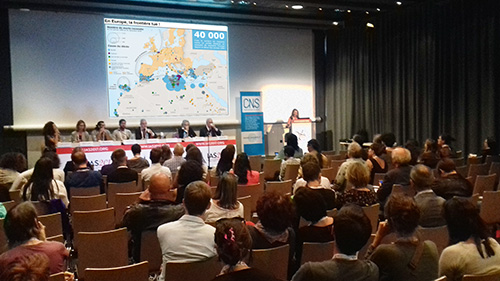 Migrants remain one of the most prevalent HIV and HBV-infected populations in Europe. Mainly as a consequence of economic and political changes in Africa, Middle-East and Central-Asia, countries of origin and migration trajectories of undocumented migrants, including accommodation in host countries, have changed. This symposium aims to describe new medical needs and providers responses that have emerged in the fight against STIs under such conditions, as well as to draw perspectives in terms of public policies.

Epidemiology of STIs in undocumented migrants in Europe: What do we know?
Andrew Amato, ECDC, Sweden
.

Taking into Account Hardship Consequences on the Risk of STIs into National and European Policies in the Context of Current Migration Patterns
Annabel Desgrées du Loû, IRD, France